We have been using Altiris for years and since Symantec bought them out, the price structure has been too cost prohibitive for us to continue to re-license it. As we prepare for Windows 7, we were able to setup two Windows Deployment Service servers fairly easy. I was happy that we were able to capture Windows XP images, so that as we transition we don't have to worry about holding onto our old Altiris setup.

Our Configuration
Setting up the stand-alone Windows Deployment Services servers: 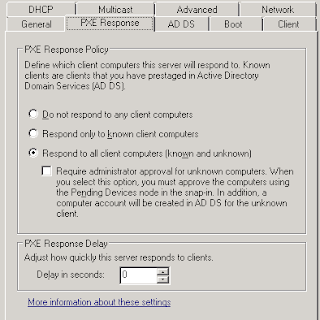 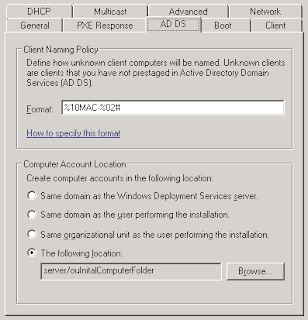 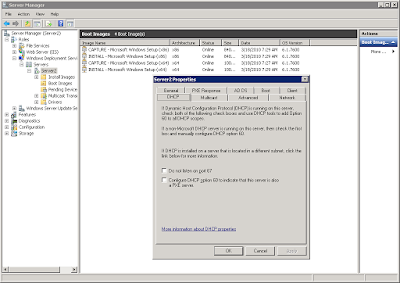 Adding the PXE Boot settings to our independent DHCP servers 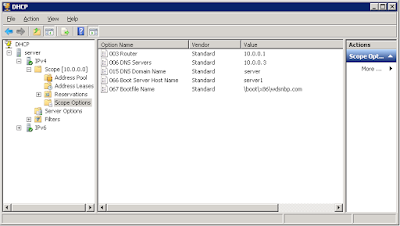